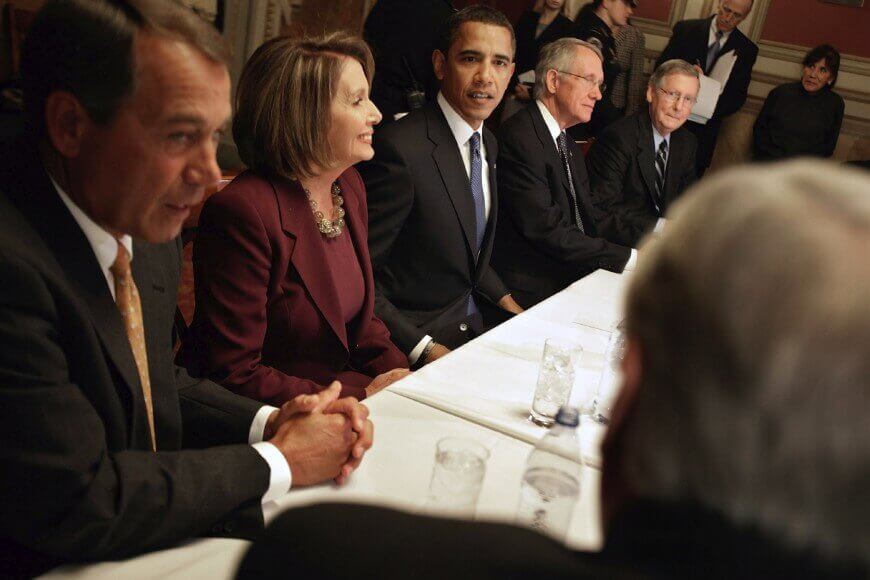 The President of the United States, Barack Obama has put an extension on the Mortgage Debt Relief Act. The extension goes to December 31st of 2016. In addition to the extension, the President has made it retroactive, which means that cancelled mortgage debts in 2015 will be covered. The Act covers the forgiveness of debt related to mortgage amounts up to two million dollars, which are not taxable once the property in question is the person’s principal place of residence and has been so for a minimum of two years and since the last five years. The same is true if the mortgage debt incurred was to purchase, build or improve the property.

The law was signed by the President as a package for desperate homeowners. In doing so, the IRS is not able to charge taxes on the forgiven debt. This means that the amount forgiven cannot be considered income by the IRS. Most debt forgiveness is considered taxable income, but not in the case of the Mortgage Debt Relief Act. The President of the United States has made special provisions for homeowners to be qualified, especially those with eligible mortgage interest that the lender has forgiven. Because this provision had expired at the end of 2014, Obama had to extend it. In fact, it was extended more than once. For homeowners, this comes as the best news ever heard.

There are certain prerequisites to qualify for this tax relief and exclusion. For one, the debt incurred should not be for a vacation home, investment property or second home. Therefore, if you financed your property and the proceeds went towards other things such as purchasing a vehicle, paying off credit cards, taking a vacation or paying for college tuition, the debt forgiven would not qualify and typically would be included as income. Two million dollars is the excluded limit for most people. However, if you filed your taxes as married filing separate, this amount would change to one million dollars.

For individuals with forgiven debt through this same program, the IRS will issue you the Cancellation of Debt, Form 1099 C. This form will be used to report the specific amount of forgiven debt and the reasonable market value of foreclosed property, if any. While preparing your taxes and if you use Form 1040, then you would have to fill out Form 982, which is a form used to report reduction in taxes because of debt forgiveness. This will show the IRs that this amount should not be included in your income.

The Mortgage Debt Relief Act was initiated in 2007 by the President of the United States, Barack Obama. The Act was put in place to protect homeowners who found that they were facing foreclosure due to the spiraling housing market. Homeowners forced to do a short sale to save their credit rating were also protected by the Act. The Act has reached expiration on three occasions and each time, the President has extended it due to the aggressive lobbying.

The Congress also passed legislative measures for taxes in addition to the extension of the Mortgage Debt Relief Act. These are as follows:

If the debt is forgiven by a mortgage lender, the Mortgage Debt Relief Act extension allows for a deficiency waiver, especially in the case where the homeowner is pursuing a short sale or going through a foreclosure sale. The lender can choose not to file a lawsuit for deficiency in these cases.

The new 2016 extension will be the protection homeowners need to help them through this tax year. During this period, if they were to have the home foreclosed or if they were to do a short sale, or loan modification, they would benefit from the new extension, even if all these unfortunate things occurred in 2015. If the lender accommodates a short sale and forgives the rest of the mortgage balance left after the short sale, then the settled amount may be considered income by the IRS. For example, let say that a homeowner owed a balance of $200,000 on their mortgage and wanted to put the home up for sale, but the value of the home was only $150,000 according to the real estate market; the homeowner may get a price offer of the $150,000 after the home has been listed by a realtor. With this short sale offer, the lender will review the offer and if approved, the lender will forgive the mortgage balance of $50,000. Without the Mortgage Debt Relief Act extension for 2016, this transaction would not take place and the homeowner would owe the IRS $50,000 in income taxes because the balance would be considered income.

Speak to a Professional

Before putting up your home for sale, whether short sale or through some other method, it is best to discuss this with a tax professional so that you will be covered, if the IRs chooses to come after you. The IRS has its own limitations and exceptions that only a tax professional will be aware of. If you are eligible for debt forgiveness, this is great news, especially if you face a short sale or foreclosure.

Many taxpayers in the United States will benefit from this extension and are probably elated for a chance to reorganize their finances while taking advantage of a well-needed program offered by the government and embraced by mortgage lenders.

Book your appointment now and get $5 discount.